pfSense doesn’t seem to have a simple “bridge-all-NICs” option. Really?

In the past I’ve used “raw” pf on FreeBSD as a firewall for a variety of situations both large and small, but this week I started playing with an inexpensive, fanless, multi-NIC box as a potential firewall and router running pfSense. Interestingly, the first thing I realized is that I could not find in pfSense any completely user-friendly (read: single checkbox) option to turn all but the WAN-designated NIC into a single bridged LAN. Seems like a pretty basic thing someone would want to do as a home router, or simply avoid the switching overhead of packets amongst different subnets. A quick search for other solutions didn’t turn up one that I thought was really complete, hence this guide.

Before beginning, note that it’s not that hard, but it does require a few steps which might require either console access, or at least some reconfiguration of your local NIC to have a manual IP. Additionally, your interface names may be slightly different (e.g. LAN, Opt1, Opt2), but that it should be straightforward to map names from my examples.

If you don’t want to look through all the pretty pictures, the basic idea is:

First thing is to enable all the NICs you have and want included in the local LAN Bridge. In pfSense, this is via the menu item Interfaces >> (assign): 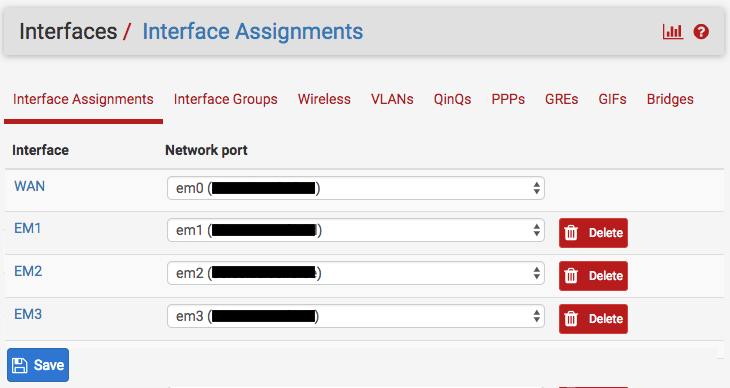 Then, for each interface assigned, enable that interface via the Interfaces >> EM menu item, and ensure it has None specified as the IPv4 and IPv6 address: 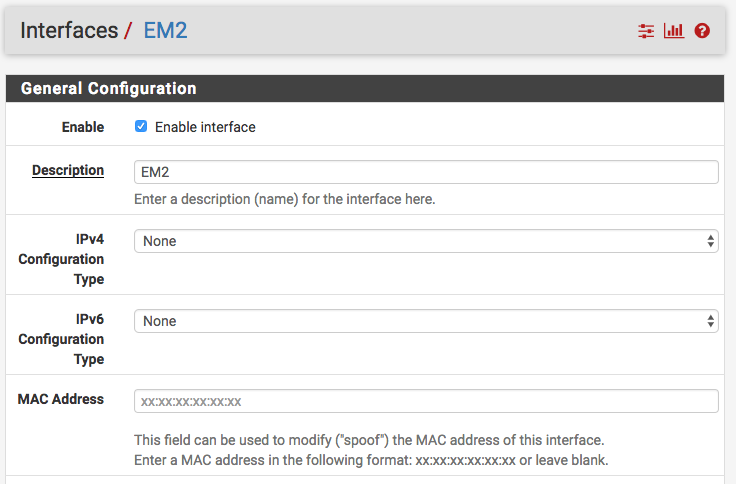 Now you need to create a virtual bridge interface across all of the NICs you want included in the bridge; Use the menu Interfaces >> (assign) >> Bridges. Use the Add + button to add a bridge and select all interfaces you want as part of the bridge, but do not include the WAN interface: 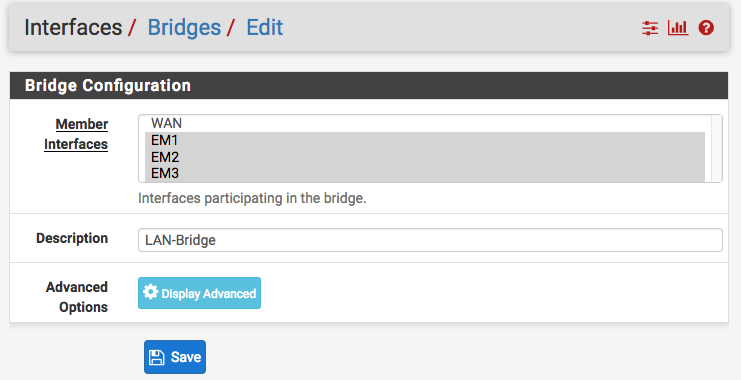 Next, assign an IP address (IPv4, minimally) to the bridge via the Interfaces >> BR0 menu: 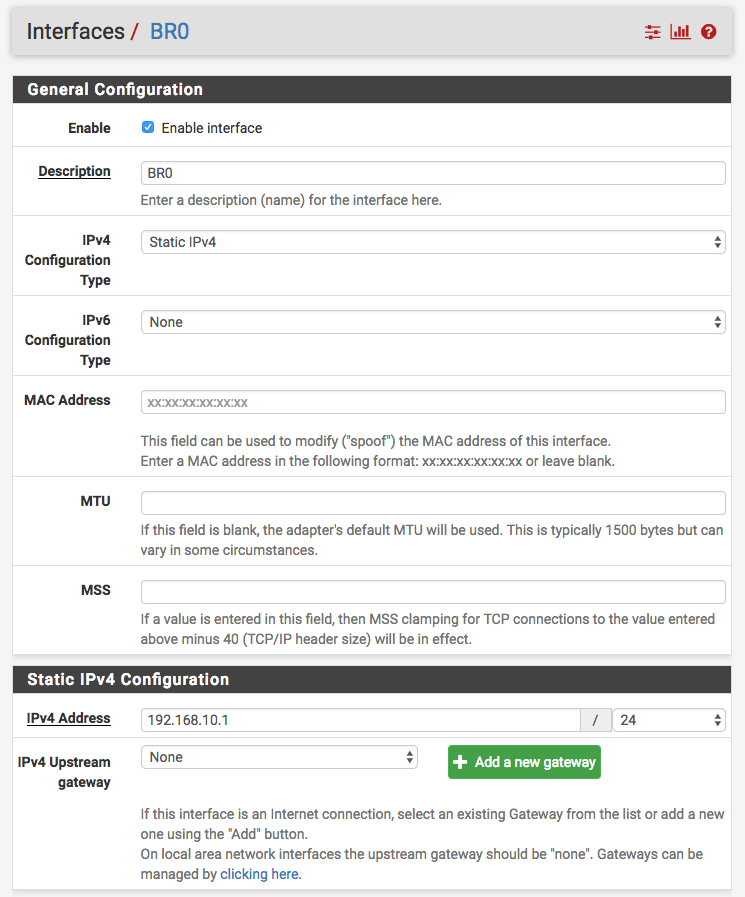 Next create an interface group including all NICs and the bridge interface . This will be used for LAN firewall rules. Use the menu Interfaces >> (assign) >> Interface Groups. Use the Add + button to add the group and select all interfaces you want as part of the bridge group, including the bridge itself, but do not include the WAN interface: 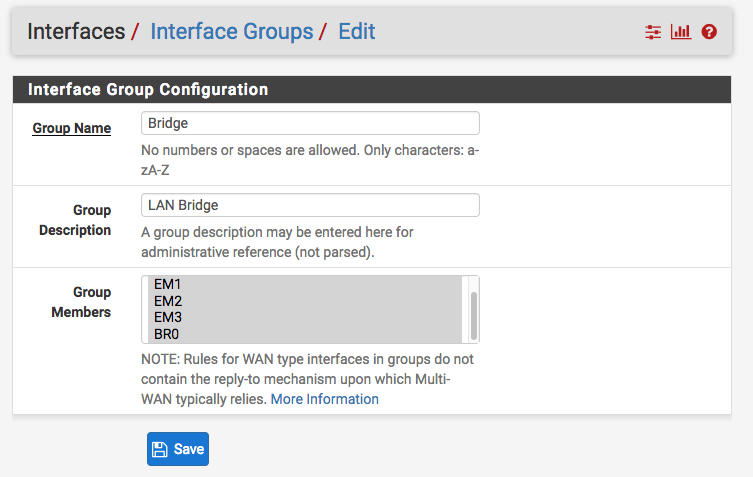 Next you need to add a firewall rule to allow traffic to flow amongst the interfaces of the interface group, as a single, unconstrained LAN. Select Firewall >> Rules >> Bridge and add a rule like this: 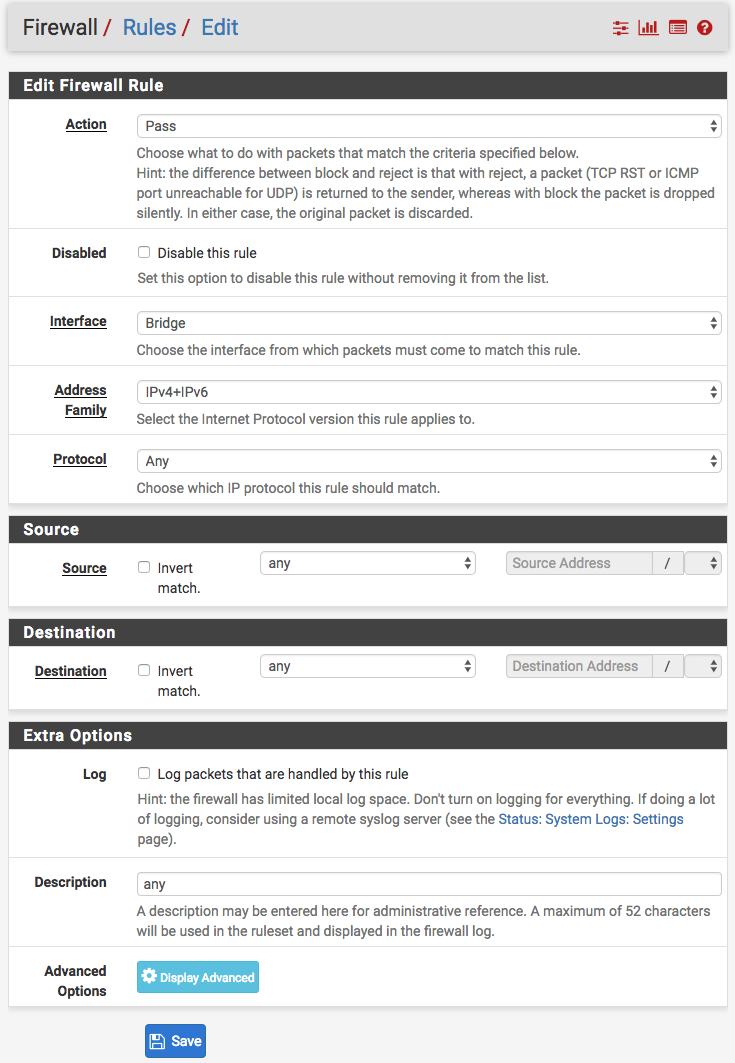 Add DHCP Server on the Bridge

Next, assuming you want to run a DHCP server on your local LAN, configure the DHCP server on the Bridge interface via the menu item Services >> DHCP Server >> BR0 : 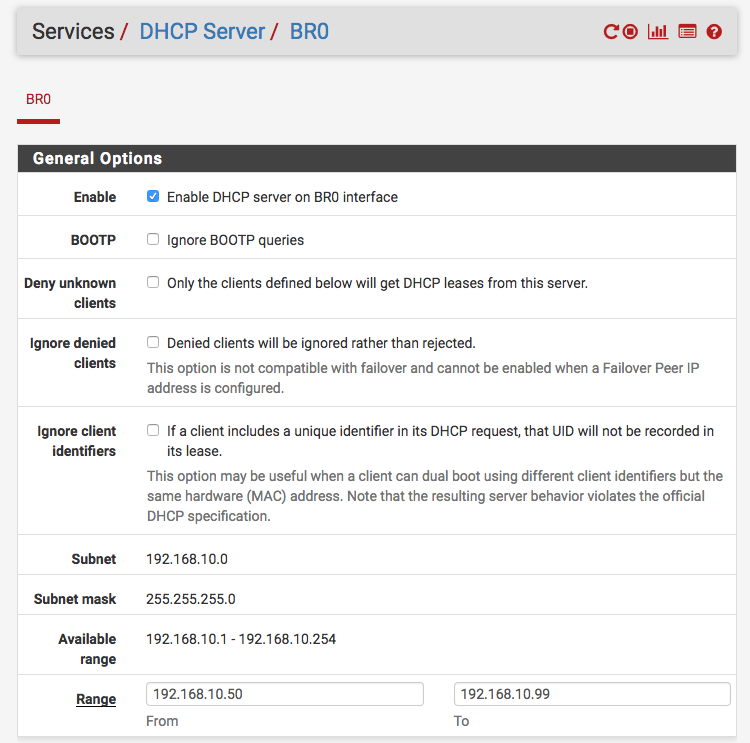 Finally, as cleanup, you should remove the IP address from EM1. You may need to disable the DHCP server on that interface first. Select Interfaces >> EM1 : 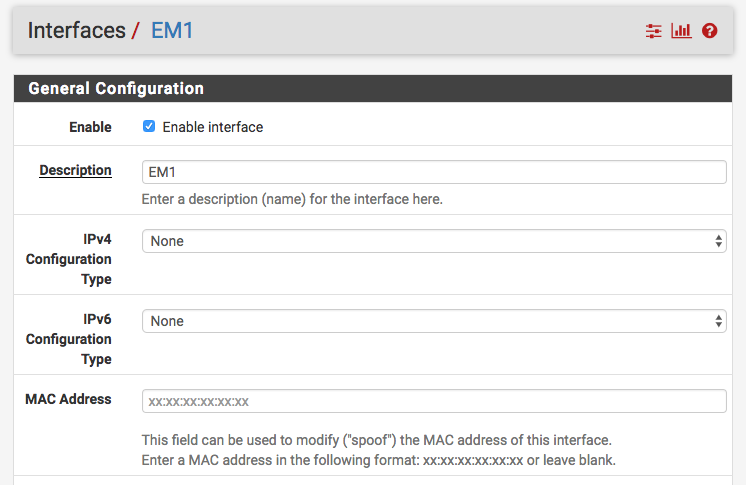 At this point you should have a fully functional, local area network bridge across all your interfaces. 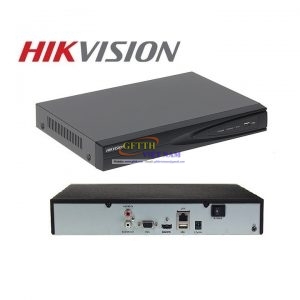 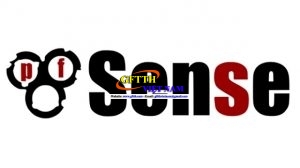 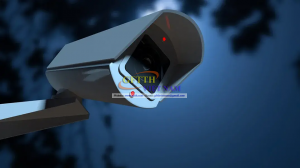 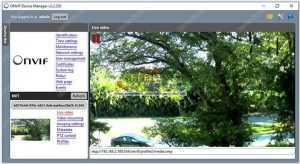 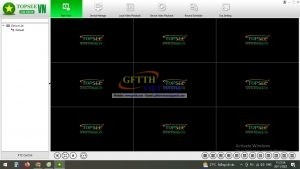